EL ACOMPAÑANTE is set in 1988 Cuba as the government dispatched HIV patients to AIDS centers under military rule. It narrates the friendship between Horacio Romero, a Cuban boxing champion that fails a drug test and must serve as a “companion” (an euphemism for warden) of Daniel, a conflictive patient. The film has won numerous awards at Film festivals in the US and Europe and it was Cuba’s entry to the Oscars and the Goya’s (Spanish Film Academy Award) in 2016. 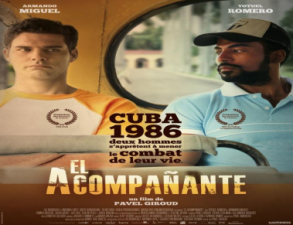