In Guayaquil, a populous city in Ecuador, a wealthy young man is trying to evict 250 families who have been squatting on the land he inherited fromhis father. The leader of the squatters is willing to negotiate, but can this tense conflict be resolved without bloodshed? Sin Muertos No Hay Carnaval was Ecuador’s 2017 Academy Award submission for best foreign film. 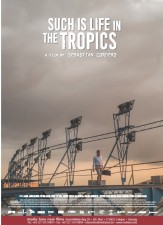