A young man is stunned to discover that he was kidnapped as a child by the woman he has called mother his entire life. Now, he's left to deal with the consequences of her actions and finally meet his biological family. The film was nominated for the Cinema Brazil Grand Prize in 2017 and it has won the Teddy award fromthe Berlin International Filmfestival in 2016. 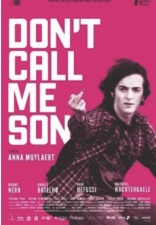