Belonging to a rebel group called “the Organization,” a ragtag band of child soldiers, brandishing guns and war names like Rambo, Wolf, Lady, and Bigfoot, occupies a derelict ruin atop a remote mountain where they train themselves, watch over a “conscripted” milk cow, and hold hostage a kidnapped American engineer, Doctora (Julianne Nicholson). But after an attack forces them to abandon their base, playtime is over for the motley young crew. Monos was Colombia’s entry for the best international film at the Oscars. It has also won international awards, including the World Cinema Dramatic Special Jury award at Sundance. 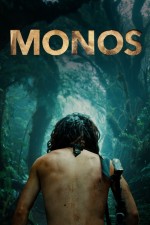