At once blistering and poetic, the ravages of colonialism cast a dark shadow over the South American landscape in EMBRACE OF THE SERPENT, the third feature by Ciro Guerra. Filmed in stunning black-and-white, SERPENT centers on Karamakate, an Amazonian shaman and the last survivor of his people, and the two scientists who, over the course of 40 years, build a friendship with him. The film was inspired by the real-life journals of two explorers (Theodor Koch-Grünberg and Richard Evans Schultes) who traveled through the Colombian Amazon during the last century in search of the sacred and difficult-to-find psychedelic Yakruna plant. 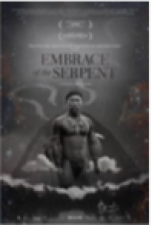