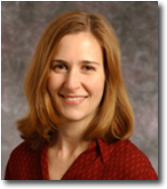 Dr. Camilla Stevens is an Associate Professor in the Department of Spanish and Portuguese.  She specializes in Latin American drama, theater and performance studies theory, and pan-Caribbean cultural studies. Her book, Family and Identity in Contemporary Cuban and Puerto Rican Drama (University Press of Florida, 2004), analyzes the role of theater in the cultural politics of constructing, defining, and remembering collective identities.  Her current research focuses on contemporary Dominican plays and performances that address the experience of migration and challenge hegemonic notions of citizenship and national belonging.  She also has a long-term pan-Caribbean project that examines the interrelationship of race, colonialism, and performance in the Hispanophone, Anglophone, and Francophone Caribbean.  She is a member of the editorial board of Latin American Theatre Review and her articles have appeared in journals such as Gestos: Revista de teoría y práctica del teatro hispánico, Hispania, Latin American Theatre Review, Modern Drama, Revista Canadiense de Estudios Hispánicos, and Symposium: A Quarterly Journal in Modern Literatures. 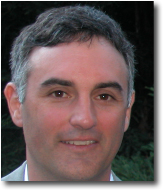 Dr. Daniel Goldstein is Associate Professor in the Department of Anthropology and Director of the Latin American Studies program at Rutgers University. A political and legal anthropologist, he studies the effects of political democratization, economic globalization, and the law on poor, indigenous residents of a Bolivian city, exploring the often unintended consequences of global processes for the daily lives of these people. Ethnographic research in Bolivia enables Goldstein to theorize about the lives and cultures of marginalized urban peoples in contemporary global society. Currently, his work focuses on problems of insecurity for urban residents and market vendors in Cochabamba, Bolivia, and the impacts of crime and violence on local lives and livelihoods. Dr. Goldstein’s research has been supported by the National Science Foundation, the John D. and Catherine T. MacArthur Foundation, and the Wenner-Gren Foundation for Anthropological Research, among others. He is the author of numerous articles and a book, The Spectacular City: Violence and Performance in Urban Bolivia, published by Duke University Press.

Dr. Eugene N. White is Professor of Economics at Rutgers University and a Research Associate of the NBER.  His most recent book is Conflicts of Interest in the Financial Services Industry: What Should We Do About Them? (ICMB/CEPR, 2003) with Andrew Crockett, Trevor Harris and Frederic Mishkin.  He has written extensively on stock market booms and crashes, deposit insurance, banking regulation, and war finance.  He is currently at work on studies of the evolution of the microstructure of the New York and Paris stock exchanges, war economies and stock market bubbles.

Gloria Bonilla-Santiago is Board of Governors Distinguished Service Professor, Graduate Department of Public Policy and Administration at Rutgers, The State University of New Jersey.  She also directs the Center for Strategic Urban Community Leadership and is the overseer and Board Chair of the LEAP Academy University Charter School.  Throughout her academic career, she has established a track record in coordinating large scale programs and private and public ventures that bring together external and internal stakeholders from a range of organizations, including government, business, non-profits and philanthropic sectors at the local, national and international levels.

Dr. Joanna Regulska is a Professor in the Department of Women’s and Gender Studies and Geography, and the Dean of the Office of International Programs, School of Arts and Sciences at Rutgers. She is the founder and director, since 1989, of the Local Democracy Partnership (formerly Local Democracy in Poland) Program. Most of her research and teaching concentrates on women’s agency, political activism, grassroots mobilization and construction of women’s political spaces. She has also conducted extensive work on the impacts of political and economic restructuring on the process of democratization, citizens’ participation and decentralization in central and eastern Europe.  Her current project with Dr. Beth Mitchneck, funded by the NSF focuses on everyday practices and livelihood strategies of the internally displaced people (IDPs) in Georgia. Dr. Regulska has published over 90 articles, chapters and reports. The Ford Foundation, the German Marshall Fund, the Rockefeller Brothers and the Pew Charitable Trusts among others have funded her research, activism and policy work. She is an author and co-author of five books, most recently Women and Citizenship in Central and East Europe Jasmina Lukic and Darja Zavirsek, (Ashgate Publisher, UK 2006). Currently she is completing several collaborative book manuscripts: Shaping Women’s Agenda and Public Discourses in the Enlarged Europe (in English); Cooperation or Conflict: State, the European Union and Women (in Polish) and with B. Smith, Reinventing Gender of Europe. For her contributions to the development of local democracy, local government reform and empowerment of women in public life she has been awarded, by the President of Poland, in 2004 the Knight Cross of the Order of Restitution of the Republic of Poland and in 1996 The Cavalier Cross of the Order of Merit of the Republic of Poland. 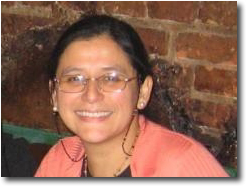 Dr. Liliana Sanchez is an Associate Professor in the Department of Spanish and  Portuguese.  She specializes in Bilingualism, Second Language Acquisition Theory,  Spanish and Quechua Syntax. She is the author of Quechua-Spanish Bilingualism: Interference and Convergence in Functional Categories (2003) Amsterdam: John Benjamins and Demanda y Necesidad de Educación Bilingüe: Lenguas Indígenas y Castellano en el Sur Andino (2000) in collaboration with M. Zuñiga and D. Zacharias, Lima: Ministerio de Educación del Perú. Her articles have appeared in journals such as International Journal of Bilingualism, International Journal of Bilingual Education and Bilingualism, Bilingualism: Language and Cognition and Probus, as well as in edited collections on Romance linguistics. She continues to work on several research projects focusing on the acquisition of syntax in bilingual and language contact environments in the US and abroad.

Dr. Ulla Berg is an Assistant Professor with a joint appointment with Latino, Hispanic and Caribbean Studies and the Anthropology Department.